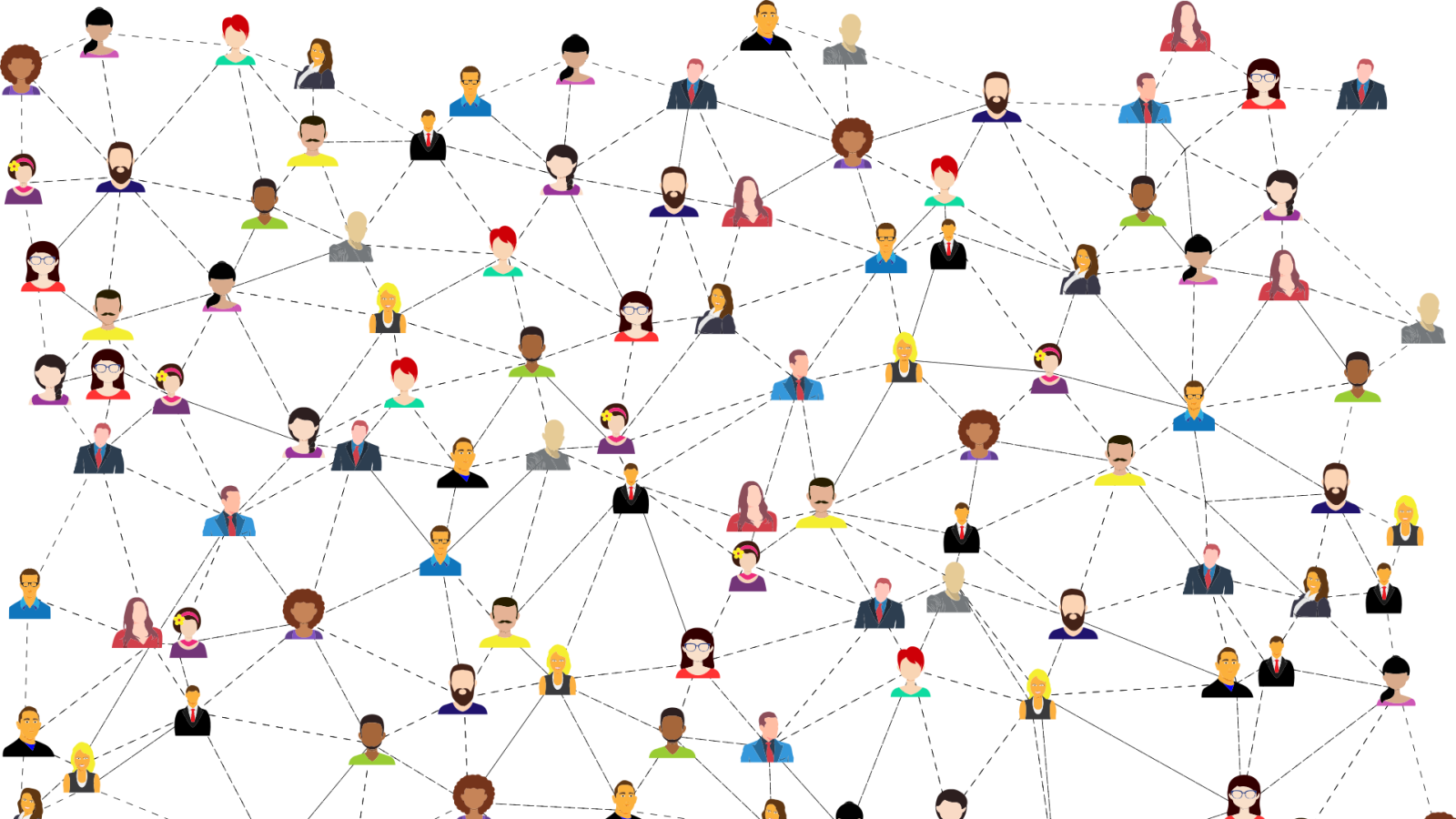 In April 2001, five months before 9/11, Bram Cohen began designing a new file sharing protocol that would almost single-handedly change the face of the music, TV, and movie industries for the next two decades. The technology was not in itself a completely new idea. After all, similar technologies like the well-known File Transfer Protocol (FTP) had been designed and deployed for copying files between computers before. What made this one so potent was the way it reflected the fractured, organic structure of its underlying medium, the Internet itself.

Instead of treating each file as a single monolithic whole, this new technology broke each file apart into a set of similarly-sized pieces and treated each piece independently of any other piece. Unlike earlier client-server technologies like FTP, this new “peer-to-peer” technology could retrieve any piece of the whole from any other peer who already had a copy of that piece, even if that peer didn’t have all the pieces like a traditional server would.

This new technology was called BitTorrent, and its segmented-file transfer technology is, to this day, the bane of corporate gatekeepers like the Record Industry Association of America (RIAA) and Motion Picture Association of America (MPAA). BitTorrent succeeded because it mirrored the decentralized nature of the network on which it was deployed, the Internet. BitTorrent and the Internet are both technologies that do not require any special permission or product to connect to, interoperate with, or extend. If you have a computer running an operating system with a TCP/IP software stack installed, like any modern Windows, macOS, or GNU/Linux distribution, you can extend the Internet. All you have to do is connect your computer to another computer already pre-attached to it.

Can we still learn from BitTorrent’s success twenty years later? If we want to accept the “Internet’s offer” of freedom, as envisioned by optimistic earlier generations, we must (re)learn this vital lesson: the Internet is tangential. We merely need to create an internet.

The Internet (capital-I) is the name of a specific network. The Internet “hosts” computers with names like Google, Facebook, and the Wall Street Journal. In contrast, the word internet (lowercase-i) describes any network of interconnected networks. An internet can host everything else.

This distinction is absolutely critical. To connect your computer to the Internet, you are required to pony up fiat currency to a company like Comcast, Verizon, or Rogers. There are, however, many internets that you can connect to for free, like Guifi in Spain or NYCMesh here in New York City. Unlike the Internet, you can even create a new internet on your own, optionally connecting it to any other internet willing and able to connect back to you.

Before the Internet was The Internet, it was simply an internet. To win the Internet back from the forces of industrialization suffocating the promise of freedom online, we must focus first on building new internets: we must break the Internet and our understanding of it into pieces, just like BitTorrent segmented files, so that we can collaboratively reconstruct it anew, and in the process threaten the literal marketshare and metaphorical mindshare that these monopolies currently have over us.

At first, you might think this is a lot of work, but in reality much of the work has already been done. The resources required in terms of money and equipment are minimal and becoming ever more ubiquitous. There is also no need to write new code or build new apps to make this happen. We already have all the raw materials we need to get the job done. The only thing we lack is broader commitment from neighborhood residents and community members themselves.

What does it take to build an internet? We’ll need computers, of course, but not especially powerful or expensive ones. As the Homebrew Server Club explains, personal “[l]aptops make good homebrew servers since they are widely available, relatively powerful and energy efficient.” Wire up two laptops together using a commonplace Ethernet (RJ-45) cable and you have the beginnings of an internet. Add a third laptop, or perhaps a Raspberry Pi, and you can run a dedicated service such as a Web site or shared address book or calendar. You can even create a Wi-Fi connection for roaming clients (perhaps your new tiny internet is in an infoshop), all without ever connecting to The Internet proper.

Next, we’ll need imagination. Your internet may be small right now, but it can grow, just like the original internet grew to become The Internet we know today. Perhaps you publish a Web site of resistance poetry as part of a collection of ebooks (you are at an infoshop after all) and your woke neighbors want to browse the collection, too. Get another Ethernet cable and plug them in, no credit card required.

Internets like this already exist. We mentioned Guifi in Spain and NYC Mesh in New York City, but there are also smaller pockets of neighborhood-scale internets that offer local services in exactly this fashion. Some even connect back to the Internet proper (like NYCMesh does), so that they can simultaneously offer local-only services as well as more traditional Internet access. One way to think about these interconnected pockets of computers is the same way as you would think about the multiple computers connected to the Wi-Fi network in your house: you only pay for one connection, but you can connect many hundreds if not more computers to that one connection at the same time.

Internetworking technologies, like BitTorrent, are built on the notion of smaller pieces, each of them individually-addressable segments, that can be composed together to create a larger whole. Neither the Internet nor BitTorrent file transfers are actually monoliths. That means we do not need any person’s or any company’s permission, license key, or commercial product to create our own, to interconnect them to our peers, and to run and maintain useful services on them. It’s long past time for us to stop asking or paying for permission to build the world we want to live in.

What if you live far away from the rad infoshop in our example, above? It turns out that creating new internets is not an either-or proposition, nor a zero-sum game. Internets that are physically distant from one another can still securely piggy-back on an existing capital-I Internet connection to knit themselves together by using Virtual Private Network (VPN) and/or Tor (Onion service) networking technologies. Again, this is exactly how physically disjointed pieces of community-owned and cooperatively-run networks like those we’ve mentioned earlier are re-connected. Join enough individually operated internets together—that is, run another Ethernet cable to the next building, and the next, and the next—and we’ll have a newly minted “Internet” to rival the current one. Except, this time, we’ll own it outright instead of renting access to it.

The flow of data over telecom links is much like the flow of electricity over a wire or water through a pipe, not just in its technical mechanics, but in its human dependencies, too. The electric grid could not exist without electricians. Running water in your apartment would not be possible without competent plumbers. System administrators and network engineers, not programmers, code bootcamps, or Big Tech diversity initiatives, are needed to create and then to maintain independent internets like we’ve described here. Moreover, it is these more infrastructural components of telecom autonomy that are the first prerequisite steps we must take to win back the Internet from its corporate and governmental masters. Put another way, there are too many programmers and not enough system administrators precisely because more programmers are what corporations need in capitalism, but more system administrators are what revolutionary communities need for a just and equitable future.

That’s why radical tech education efforts such as those by Tech Learning Collective focus on infrastructure over code, where students are taught fundamental internetworking skills overlooked by the rush-to-employment programs of various school-to-corporation pipelines. It’s why projects like the Shift-CTRL Space Library, which offers a pre-packaged collection of software to more easily share collections of e-books (PDFs, zines, and more), are built using widely available Free Software and without consideration for available capital-I Internet access as it’s traditionally envisioned.

We already have the power, the materials, and the motive to fight and win back the Internet. But we can’t start at the last step of building (even more) “new” apps. We have to start with the first step first: owning our own infrastructure.