File Sharing for Fun and Profit: How BitTorrent Works and What You Can Do With It 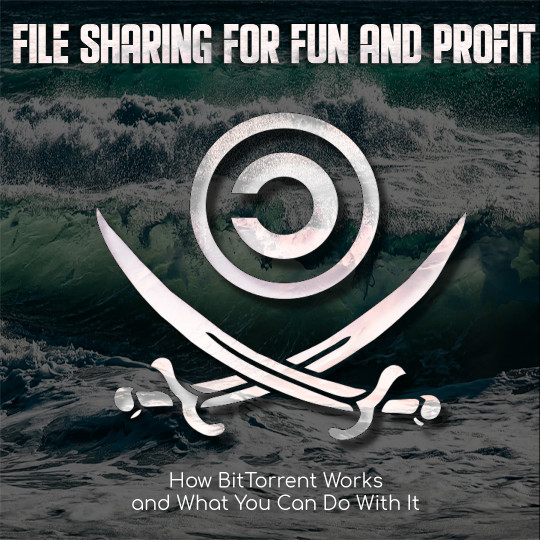 Learn how to use BitTorrent, a file sharing system made infamous by sites like The Pirate Bay where people could go to easily find all kinds of stuff, including copyrighted music and movies. But the BitTorrent technology itself is also really useful for many completely legal purposes, and now the same technology is being adopted by companies and other projects in ways you might not have expected or realized. This workshop shows you how the BitTorrent system works and all the things you can do with it, legal or otherwise.

If you’ve heard anything about “downloading free movies on the Internet,” you probably heard of BitTorrent or its more colloquial synonym, “torrents.” You have also probably heard of companies threatening BitTorrent users with Internet service bans, financial penalties, and even lawsuits for “stealing intellectual property.“ Through expensive and coordinated disinformation campaigns, companies like Disney and other “Big Content” media conglomerates represented by special interest groups like the Record Industry Association of America (RIAA) and the Motion Picture Association of America (MPAA) have linked BitTorrent with music and movie piracy in the public mind. They continue to try convincing people that BitTorrent is hard, immoral, and unsafe to use, but the reality is far less one-sided.

BitTorrent refers to a file transfer technology that has been around since 2001 and is designed to make it easy for you to more quickly share very large files across a computer network, even if your computer lacked a high-speed Internet connection. It worked so well that by the end of 2013 there were more than a quarter billion individual BitTorrent users on the Internet. While the media painted this as an epidemic of criminal behavior, most BitTorrent uses were and still are both legal and mundane. Moreover, the heaviest BitTorrent users were actually companies who built the technology into their own products, such as Blizzard, Inc. (the World of WarCraft company), who used BitTorrent to deliver updates of its game software to players.

Today, BitTorrent is still one of the most popular, cost-efficient, and speediest large-file transfer technologies available to both individuals and multinational corporations alike. Cash-strapped Free Software projects such as GNU/Linux distributions use BitTorrent to distribute their installation packages in order to reduce their monthly bandwidth bills, a whole new category of “decentralized Web” applications like ZeroNet are using BitTorrent under the hood to make Web publishing easier and more censorship-resistant than ever before, and traditional Web sites with large bandwidth requirements like video streaming sites (e.g., PeerTube) are increasingly adopting a newer variant called WebTorrent to improve download speeds and interoperate with the massive existing BitTorrent network.

In this beginner-friendly workshop, we’ll bust BitTorrent myths and set the record straight about what “torrenting” actually is, how it works, and what you can do with it. Learn how to find, download, and even create your own torrents so you can share files with friends and colleagues regardless of network obstacles like firewalls or NAT routers. Bring a laptop and you’ll be able to participate in a (legal and safe!) BitTorrent “swarm.” We’ll also discuss the implications of using BitTorrent for less-than-legal ends, and demonstrate steps you can take to improve your privacy such as enabling BitTorrent encryption, connecting to trackers through public proxies and Virtual Private Networks, and building private seedboxes.

Upcoming “File Sharing for Fun and Profit: How BitTorrent Works and What You Can Do With It” Events