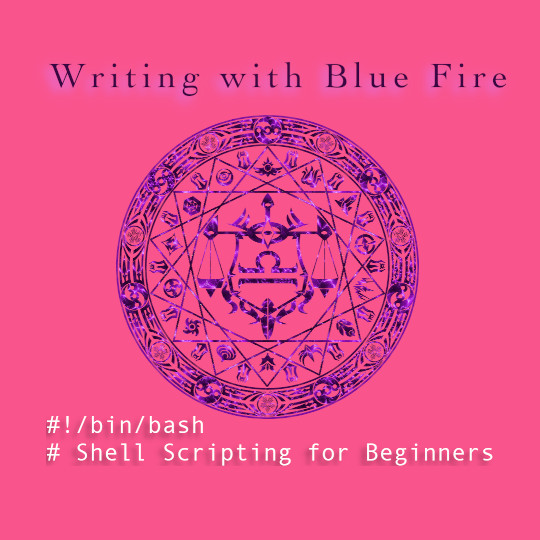 Learn how to write simple but powerful computer programs called shell scripts in this workshop that takes your command line or terminal skills to the next level. This type of simple program is especially important on servers and is one of the most important skills for people who keep company computers running, called system administators, to have. You will learn about various shell features that you might have thought are only used in programming languages, like variables and functions, but that are actually available to you whenever you are using a terminal to complete (or begin to automate) any computerized task you can imagine.

At their core, digital computers are very complex writing instruments. Like pen and paper, they allow us to record our thoughts, dreams, and desires for later review. Unlike pen and paper, they allow us to do this at the speed of electricity and at a scale never before imagined possible, and their ability to directly manipulate the physical world through servomotors, industrial control systems, biomedical devices, and other robotic prosthesis means they can potentially supercharge every facet of our humanity.

When a system administrator or programmer uses a computer, they often issue instructions one by one using a special-purpose, text-only interface called a command line. Individually, these instructions are called invocations. (Yes, that’s their technical term!) In this beginner’s workshop, you’ll learn how to write whole spells, rituals, or (sacred) texts called shell scripts to inscribe your own thoughts, dreams, and desires in the electrified silicon and minerals of your computer.

By saving your scripts in files, you can invoke arbitrarily complex routines to reproduce tasks or automate complex procedures with a single command. Writing scripts also makes it possible to share what you can do with others and, as such, are one the simplest forms of computer program that you can write and distribute. Come learn how the magic of digital inscription can help you do your work, and increase your power to accomplish your dreams.