Collaboration Across Universes: Basics of Version Control with Git 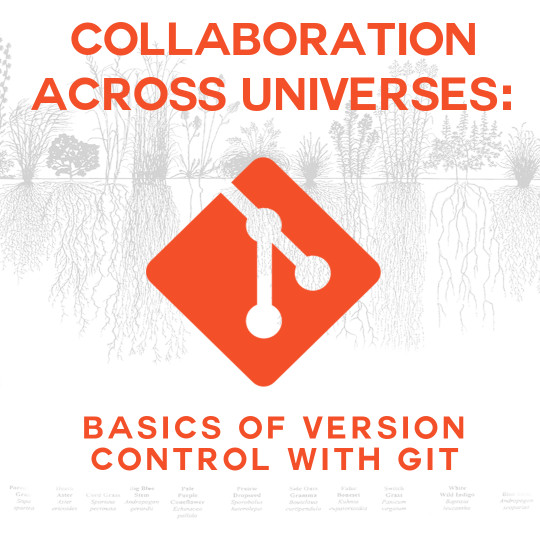 Whenever you work on a project, like writing a computer program or designing a new poster, it’s helpful to have a history of all the changes you made so that you can go back to a previous version if you need to undo a mistake or want to try going in a different direction without throwing away the work you’ve already done. One of the most powerful tools for doing this is called Git, which is the Free Software program that makes popular Web and code hosting sites like GitHub.com so versatile. This workshop will show you how to use Git so that you can save different versions of your projects without resorting to filenames like “my-project-draft-1” or “my-project-draft-2,” share specific revisions of your work with others, and make it easy to merge your work with the work other people do if they’re also using Git.

As most of us know first-hand, the creative process involves many edits and revisions. Adding a little bit here, trimming a little bit there, but then hitting “undo” a bunch and experimenting with a new direction is quite normal! When your project is a single file, pressing “Save As…” many times might suffice, but what if your project spans dozens or even hundreds of files?

This is where version control systems (VCSs) shine. Designed to track, compare, and merge different versions of the same project, these tools give you the ability to make a snapshot of the state of your work at a given point in time so that you can “undo” or “redo” any number of times, across any number of files. Moreover, by naming different snapshots, you can create an infinite number of variations of your project and then build on those unique versions without affecting the others; it’s as though the new version is in its own alternate universe. This makes it possible to easily and safely experiment in one universe (called a branch) without throwing away or overwriting the original version of the project on which your changes were based.

In this beginner’s workshop, you’ll learn the basics of Git, a free distributed version control system on which popular sites like GitHub are based. Git is lovingly called “the stupid content tracker” because it can track changes to everything and anything that can be digitized. Although it was originally invented for software programmers, Git is also useful for novelists, researchers, and anyone else whose work involves creativity in a digital medium.