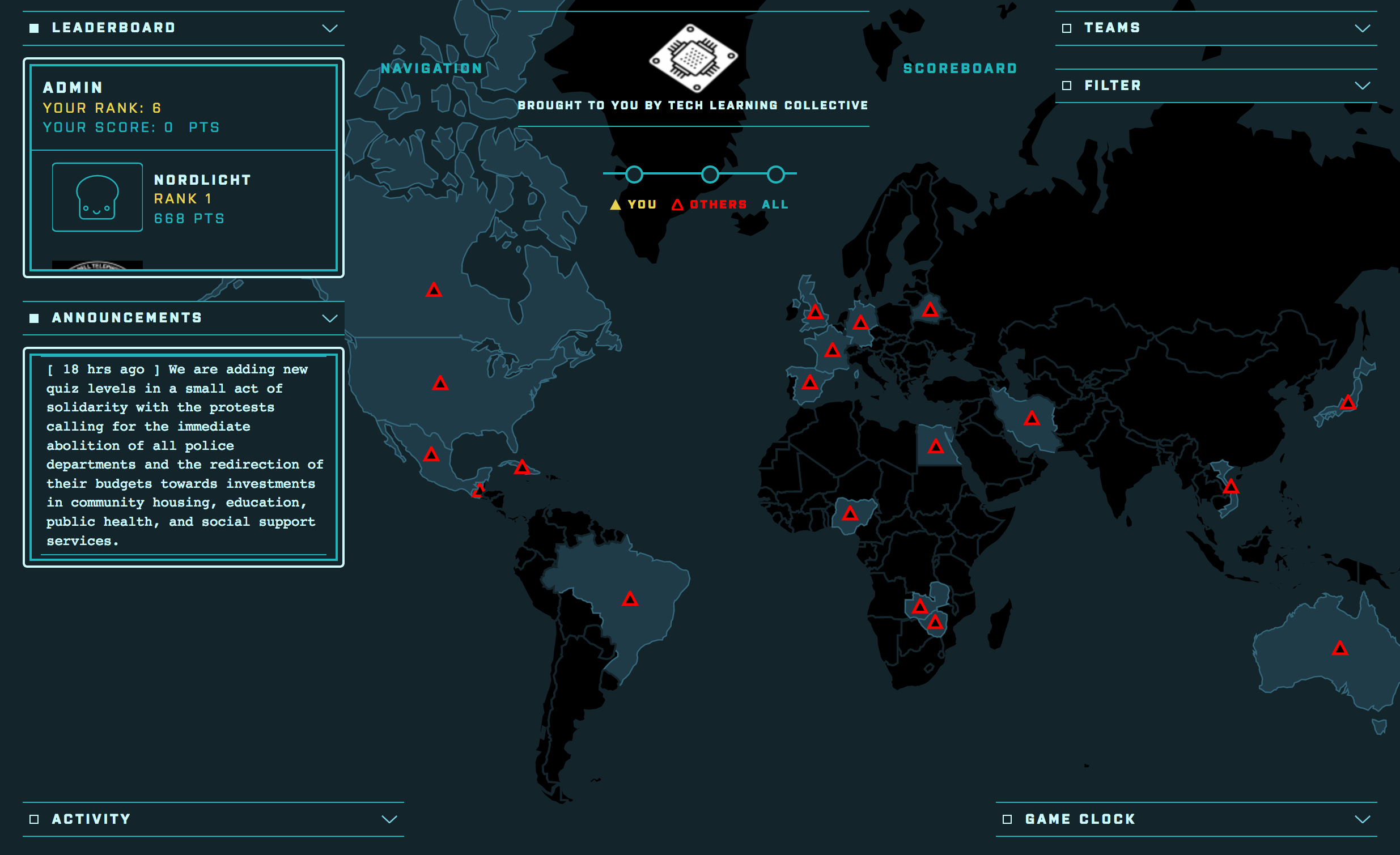 Tech Learning Collective, with its educational mission, has roots dating back before the current American neo-fascist government was voted into power by a minority of American citizens. Before we came together to create Tech Learning Collective, our members have been at Occupy Wall Street encampments, running digital security workshops about anti-surveillance tools like TextSecure, which you may recognize today as Signal Private Messenger. Others in our collective have been steering committee members for internationally-connected social centers, supported street medic operations in numerous American cities, and more. What makes us a collective is that all of us are convinced that the next chapter of the global movement for justice will end tragically if the movement as a whole does not dramatically and immediately invest in digital infrastructure education with a competency and urgency like never before.

We’re doing our part as best we can by responding to rapidly shifting priorities with one eye on our short-term goals of the present moment, and the other firmly trained on our long-term goals. What are those goals? 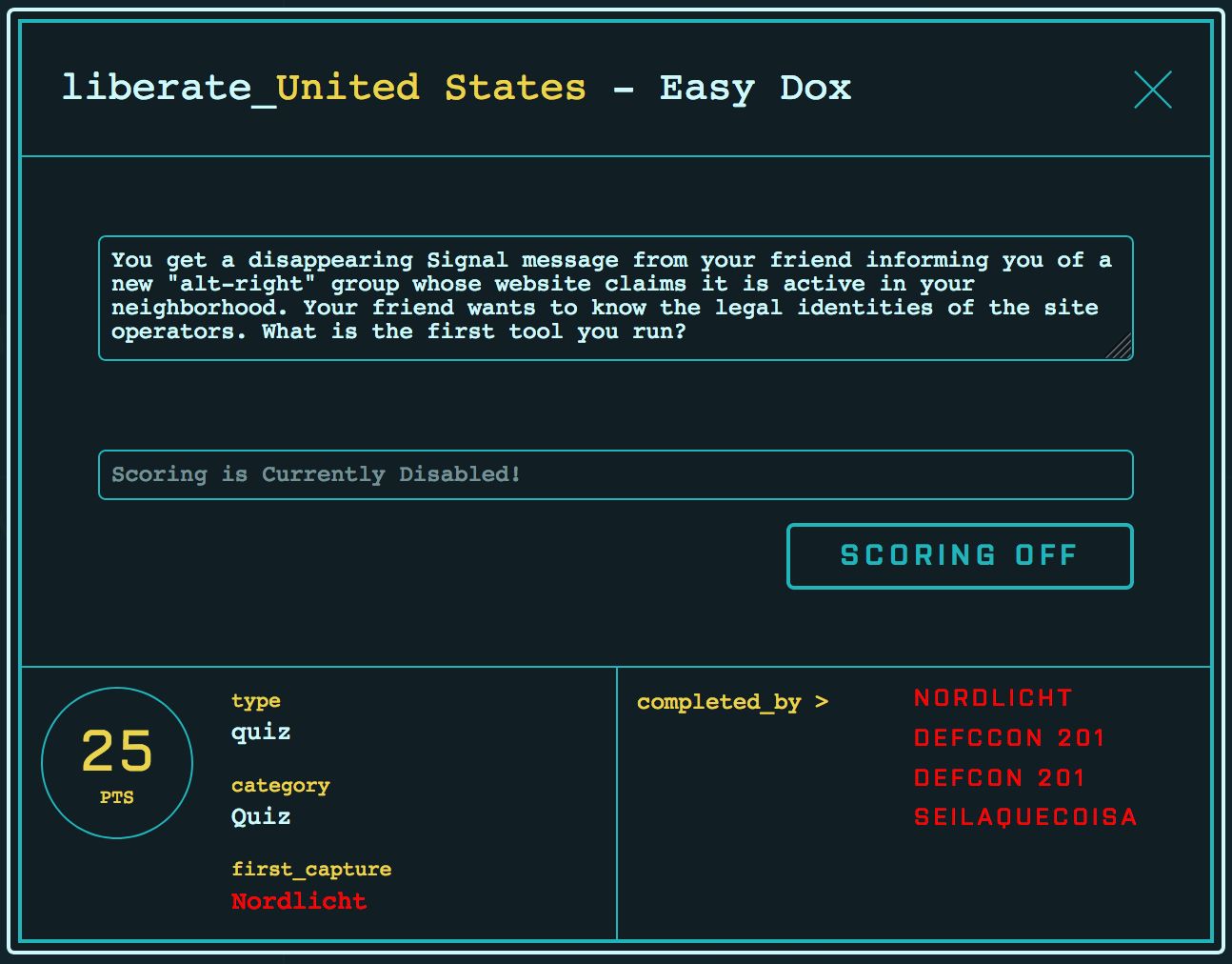 Given our approach, it’s no surprise we believe that one of the most effective ways to get there from here is to train politically motivated people who already share our ethics and commitment to anti-racism, feminism, police and prison abolition, ecological justice, and other critical issues in the arts of hypermedia, Information Technology, and, yes, defensive and offensive cyber-warfare techniques. (Importantly, we have little to no faith in the political commitments of most existing and often quite liberal “Tech for Social Good” movements, although we would be fools not to accept their material contributions and financial donations.) We know this is a tall order, because these skills take time to develop, and also because organized, politicized efforts to teach these skills came slower and later than they should have.

Fact is, technologies that governments all over the globe deem to be cyberweapons have already been firing at civilians for decades. The only reason resistance was not louder sooner is because, unlike lead or rubber bullets, electronic bullets don’t bruise bodies. At least, not directly. Indirectly, however, they are a critical enabler of mass social control, making it possible for the rich to keep justice away from the poor, from women, from queer and trans people, and particularly from Black and brown people in this country.

Unfortunately, as we’ve seen time and time again, ballot boxes on their own don’t result in justice. Politicians simply ratify unjust laws written by lobbyists and police unions. More distressingly, adding laws of our own to the existing political system also doesn’t result in justice, either. Authorities simply ignore the laws, hide their actions to avoid prosecution, or blatantly rewrite them. Not even the lofty concept of democracy, which is the fundamentally and fatally flawed idea of majority rule, does not result in justice. Things are not going to fundamentally change for the better under a regime of “one person one vote” anymore than it would under the current “one dollar one vote” system the USA has today. 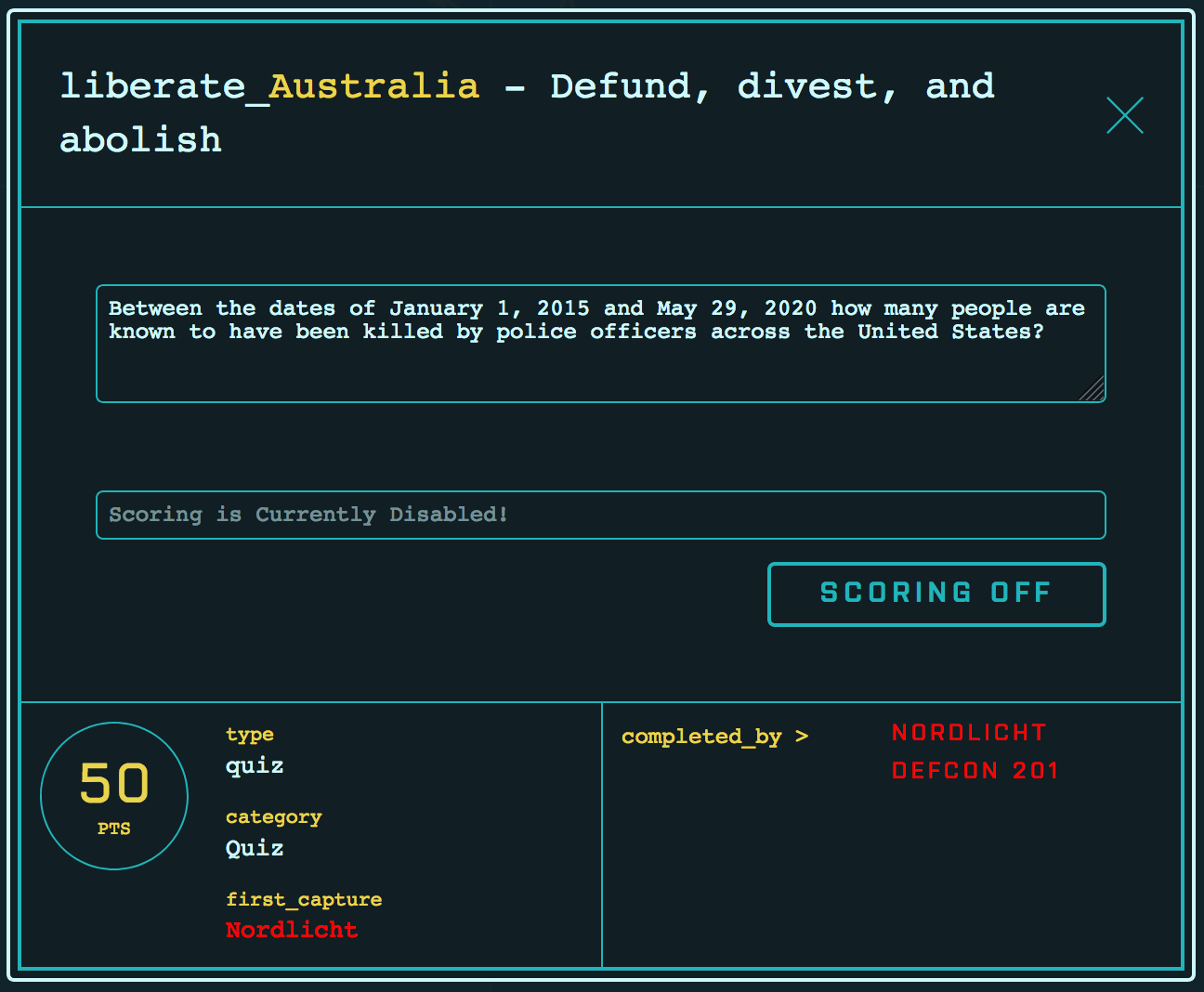 This is an undeniable challenge, and we think there are many different good approaches we can take to addressing it. That’s why our goal is not to implement or even advocate for a specific approach, but rather to empower you to take actions you feel are appropriate backed, supported, and enabled by the awesomely potent power of the digital devices you already use every day. That computer you’re using to read this very post is arguably your most powerful asset because it—and it uniquely—can be both your pen and your sword at once.

This weekend, as protests against yet another murderer with a badge were held around the country and around the world, we went forward with our Hacker Trivia Night event in the hopes that participants new to cybersecurity would get a taste of what competent digital dexterity might feel like for them. We never feel able to pin this feeling down with words, so we were happy to see that one of our fellow Electronic Frontier Alliance member groups, DEFCON 201, recorded themselves participating in the event and provided a fantastic and fun introduction to Tech Learning Collective, along with a brief orientation to Hacker Trivia Night, for their own membership.

Rather than try to recreate the experience in words, we present the first (minimally edited) ten minutes or so of their recording:

Just as with each prior crisis, we’re seeing renewed interest in digital safety and security as more people recognize both how much more powerful control over digital infrastructure can make their campaigns as well as how central digital security culture is to the success of movement organizing. We’re honored to have been spoken of so highly by our fellow EFA member group, and we look forward to continuing to facilitate educational opportunities on cybersecurity and other IT infrastructure topics.

We must recognize that the American State is a country whose Revolutionary War was premised on the protection of profits for its rich through the Trans-Atlantic Slave Trade. A country that was originally colonized through intentional, barbaric, continental-wide genocide. These are histories it continually seeks to downplay or whitewash, when justice demands exactly the opposite. Since its founding, the American government has made clear time and time again, over more than four centuries of indiscriminate, unaccountable, monstrous oppression, that they will cede nothing (even while they promise everything) without a demand.

Americans who have sat comfortably in the pot of slowly heating water that the capitalist class prepared for them are now seeing physical weapons once reserved for foreign wars sweep down residential streets. We once again find our firm but peaceful demands for peace, justice, and concrete rather than merely rhetorical equality for Black and brown people met with what would be criminally physical assaults had they not been perpetrated by gangs of badge-wearing executors of white supremacist genocide and terror called the police, an institution invented specifically to combat equality. Some who supported increased funding for either foreign wars or domestic police departments are shocked—shocked!—at the level of physical harm these government-funded legally-protected murderers and abusers in uniform are willing to dole out.

We all knew they had the weapons. Now we see—yet again—that they’re willing and, in some cases, even eager to use them. We have to become equally ready and able to competently use all the tools available to us: legal, physical, moral, and, once we acquire it, cyber power.

Let’s continue training together so that we can bring all our diverse powers to bear against this inhumane and unjust system. All power to the people. 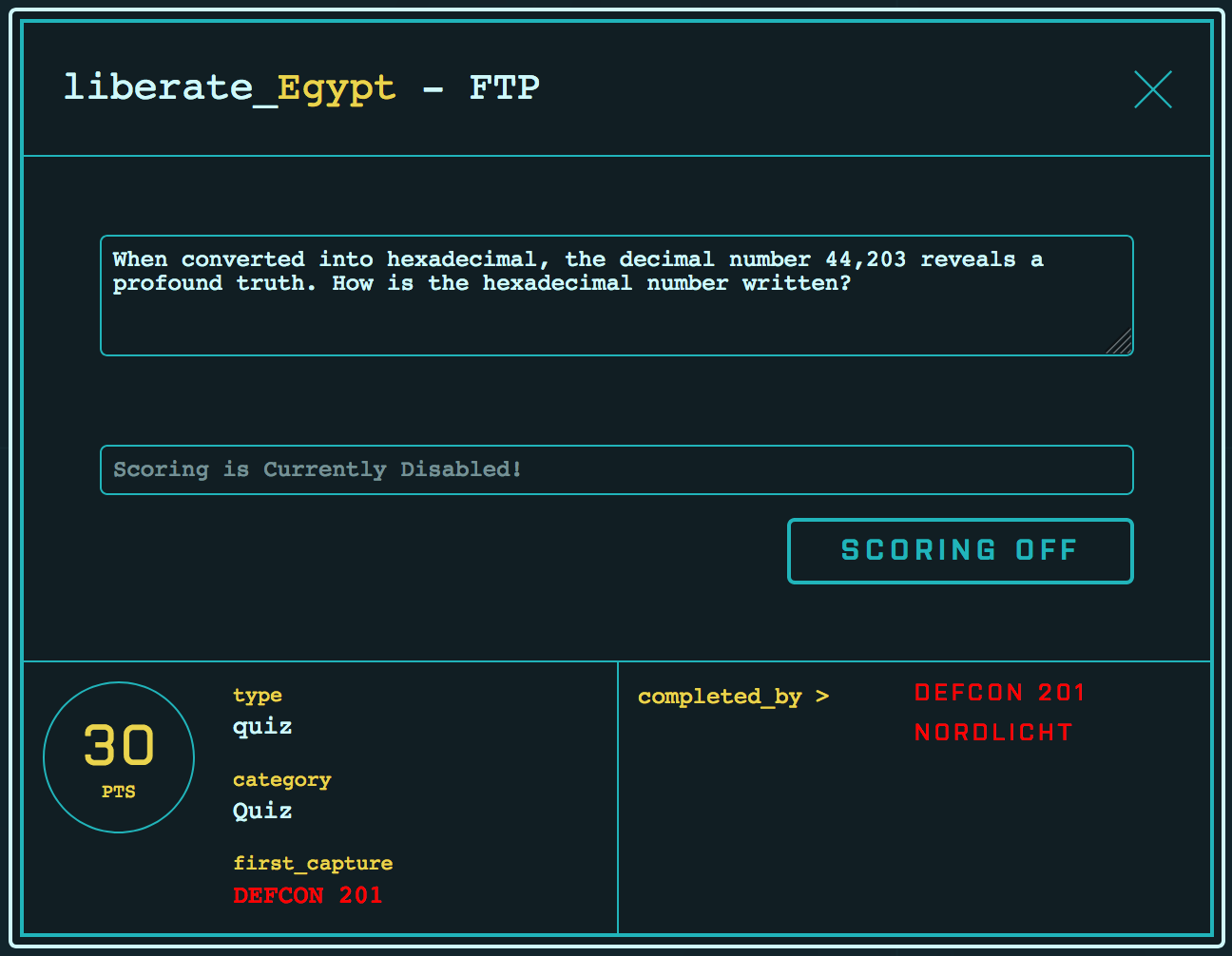